Pig and Porter is owned and ran by Sean Ayling and Robin Wright. They Started supporting Team Jo Epilepsy Foundation in August 2014. Their artisan brewery is rapidly growing and produces a range of contemporary beers. Since 2013 they have been based in Tunbridge Wells, supplying their beer throughout the South East.

From the first day that Pig and Porter began brewing one of their main aims they wished to accomplish one day was to dedicate a beer to their late friend Kieron Drum or “Big K” as he was known. Sean and Robin met Kieron through cricket and after hearing a little about him he sounded to be one of the biggest in size but also spirit and the heart of the team.

Kieron however suffered from Epilepsy and sadly died following a seizure. He  loved his beer and drank many men under the table whilst he was still as sober as the night had began. Maybe helped a bit by his Irish roots of which he was very proud.

It therefore seemed fitting that this is how Sean and Robin would dedicate a beer to him, one he would have loved – so “Big K”, An English IPA with tons of English hops at 5.2% was brewed. 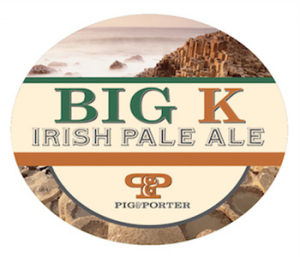 The Beer has been distributed to many local pubs and is being Launched on the 13th August 2014 which would have been Kieron’s 46th Birthday.

Pig and Porter are kindly sponsoring Team Jo Epilepsy Foundation and donating 10p Per Pint of this beer. They are also offering the pubs stocking the beer to do the same and/or keep a collection box on the bar.

Team Jo Epilepsy Foundation is also proud to be coming along to the opening launch of “Big K” at the Unicorn Inn in Canterbury on 13th August at 19:00, We would love to see you there and drinking the bar dry of “Big K”. 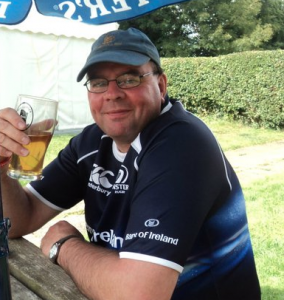 In Memory Of Kieron Drum